At the 94th Academy Awards, Will Smith slapped in the face the comic Chris Rock after he made an inappropriate comment about Will’s wife’s Jada Pinkett Smith haircut.

But then Will apologizes to Chris publicly.
He said that he was out of line and he was wrong. This is not what he is as a person or the person he wants to be. 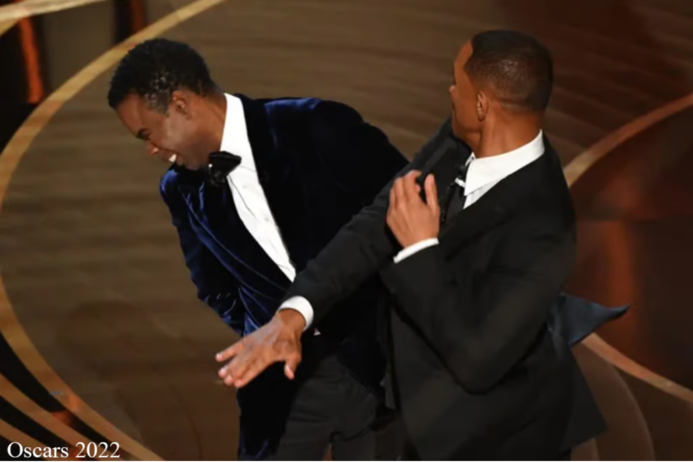 On social media, he said that violence is a form of aggression that must be condemnet. His behavior was unacceptable. She said that jokes about her wife’s medical condition was too much for him and so he reacted that way.
He apologizes to Chris at different times. And said that there is no place for violence in this world but we have to share love and kindness. 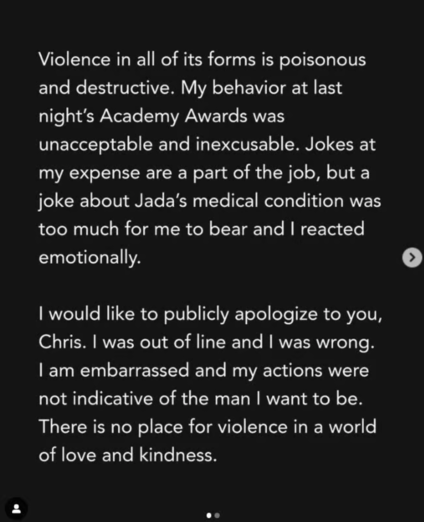 Will, also apologizes to the Academy, the producers, and to all the people watching it. He apologizes to his family. He regrets his behavior, it should have been a beautiful journey for all.

The Academi of Film and Science, the organization behind the Oscars has taken action against Will Smith’s actions.
They said that they have started a formal review of Smith’s actions and consequences in accordance with standards of conduct and California law. 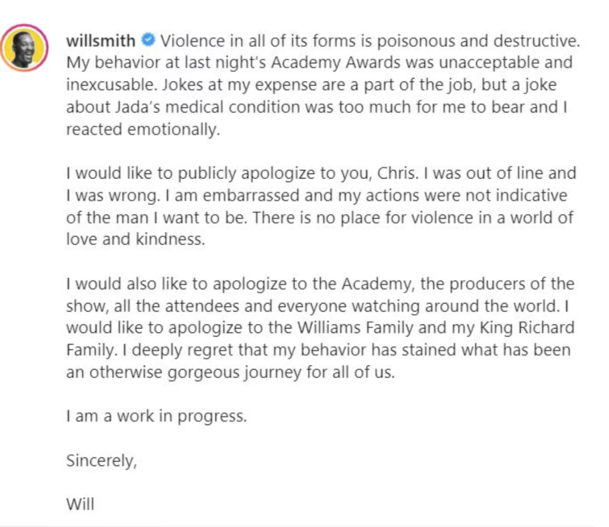 What do you think about Will Smith’s behavior? Do you think it was a real thing or it was an act?